Earlier this month, Asus has revealed their new “ultra-thin, ultra-cool” 4K gaming laptop – the Asus ROG GX500. The Asus GX500 is the world’s thinnest 15.6-inch gaming laptop, with a thickness of only 19mm thin, and has a 4K Ultra High Definition resolution (3840×2160 to be exact).

It’s powered by a 4th Generation Intel Haswell Core i7 Quad-Core processor and graphics are powered by an NVIDIA GeForce GTX 860M discrete graphics processor. Check out more features, specifications below, and watch hands-on videos of the GX500 as well.

The Asus ROG GX500 is basically the “ROG” version of the Asus Zenbook NX500. Both of them have a 4K UHD display, same ultra-thin, and light body design, but the GX500 is geared towards mobile gamers, thanks to its more powerful graphics processor.

Asus’ new 4K gaming laptop has an exact display resolution of 3840×2160, giving you more detail, and more space to work with.

The Asus ROG GX500 is only 0.7-inch or 19mm thin and weighs around 2KG. It features Hyper Cool technology, an upgraded and intelligent dual-fan cooling system making it the coolest ultraportable gaming laptop ever.

Of course we’ll have to wait for legitimate and real reviews regarding its temperature especially when in gaming.

Under the hood, the Asus GX500 is powered by a 4th Generation Intel Haswell Core i7 Quad-Core processor, probably a Core i7-4700 or newer. The CPU is paired with NVIDIA GeForce GTX 860M discrete graphics processor to drive the 4K display and for gaming purposes. The CPU is also paired with a DDR3 memory that is configurable up to 16GB in capacity.

The Asus GX500 doesn’t use a SATA hard drive or SATA SSD, instead, it uses an M.2 PCIe x4 SSD, faster than a SATA based SSD. It also features 802.11 ac WiFi connectivity and comes with Bang & Olufsen ICEpower for its Audio.

Asus hasn’t disclosed the GX500 suggested retail price yet, but expect that this could be an expensive 4K gaming laptop considering its specs and features.

According to Asus, the GX500 upgrade to GX501 will become available this coming September or October. I’ll update this article or post a new one once this 4K gaming laptop becomes available in the US.

UPDATE: The ROG GX500 is still not available as of today, but its non-ROG variant, the Asus Zenbook NX500 is 👇

As of today, there are no Asus GX500 reviews yet. But we have seen several channels on YouTube who have uploaded hands-on videos of the said 4K gaming laptop taken during Computex 2020. 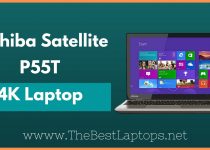 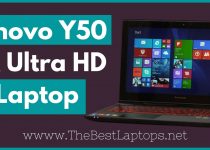